How our family owned business came to be.

The story of the Osborn’s service to their community started long before they were in the funeral business. This beginning of this family’s journey dates back in England, where Thomas Osborn (grandfather to Joan and Diane) became quite the renowned shoe maker. It was during the iconic Gold Rush, that word of his exquisite shoe making got around and he was contacted by a fellow to come to Dawson city, in the Yukon, and make shoes for all the miners. It was his decision then to say yes, and travel by boat, train and walked for days to make a name for himself and his family. After the Gold Rush subsided, Thomas made his way down the coast to Vancouver, where he convinced his long time love Emily Green, to move from England to be his wife.

After they wed, Emily blessed Thomas with 2 little mouths to feed, son Leslie and daughter Irene. In 1932, they moved their growing family and business to the rural community of Haney, where Thomas bought property on 224th (then 8th avenue) and he opened Osborn’s Shoe Store.

Leslie (Les) grew up in the shoe business, often in the shop alongside his father, helping and learning the tricks of the trade, and took over the family business in 1952. Les always had a passion for serving his community, something that he came by honestly.

On one of his trips home during his service in the Army in November, 1943, Les met and fell head over heels for a quiet, shy Albertan girl at a dance in Vancouver. Les and Eileen were married February 18th 1944, and started a family of their own. They were proud parents to their three daughters; Joan, Diane and Anita.

It was when the girls were young, and Les was ready to retire, that he had a dream to have the privilege and honour in helping the great people of the city through one of the most difficult journeys of their lives.

It was in 1964, and with the help of his wife Eileen, who had connections from being an organist and soloist at another funeral home, his friends and community, that Les sold the lot of land on 224th along with the shoe company, and opened Osborn’s, Maple Ridge Funeral Chapel.

The first couple years of were especially tough, where Les and Eileen had second jobs to support their young children and growing business. Les worked as a truck driver and Eileen as a housekeeper with her long time piano lessons career on the side. They eventually built an addition to the funeral chapel as their home, so they could attend to the funeral chapel day or night when needed. The Osborn’s lived there and established the company for many years.

Les and Eileen retired in 1988, when two of their daughters Diane Mackenzie and Joan Gibson agreed to continue the Osborn tradition of dedicated service. 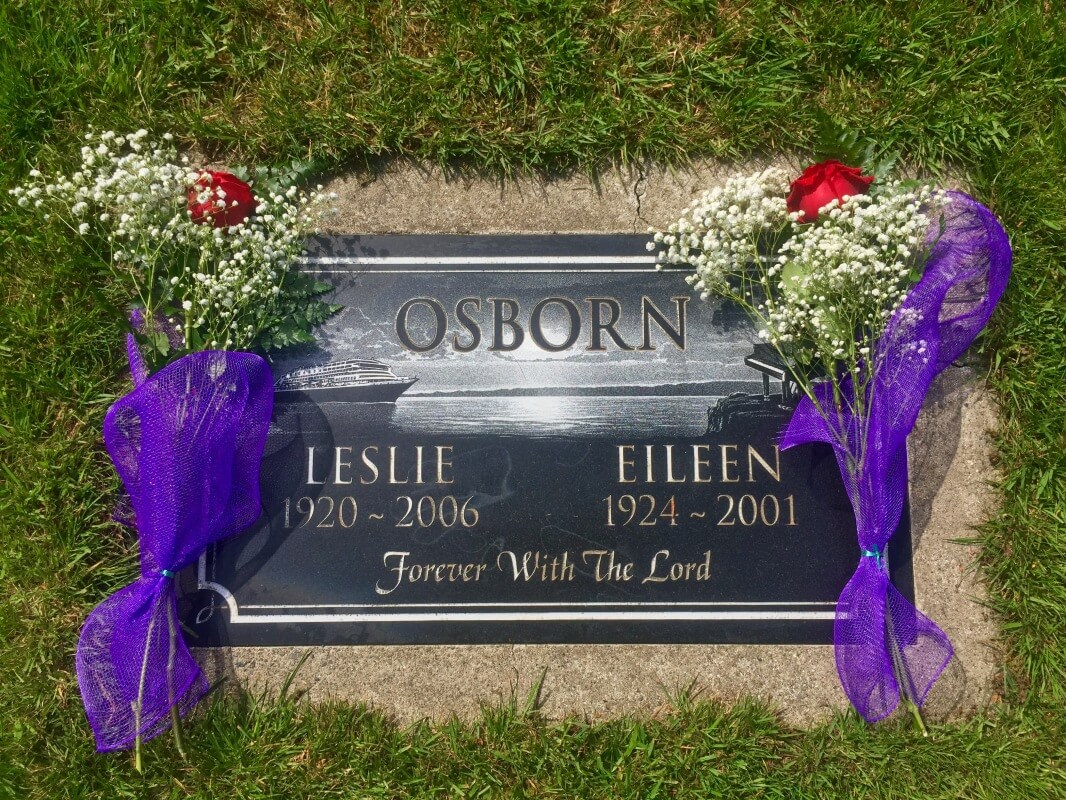