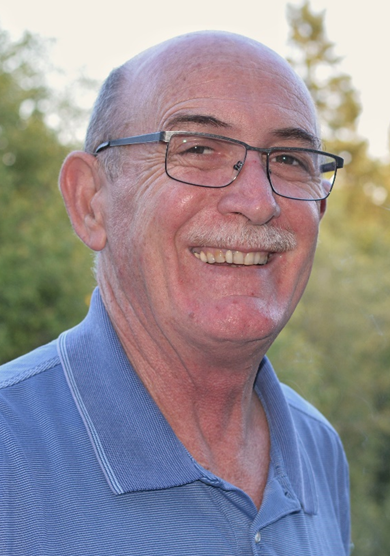 It is with deep sadness that the family of Yves-Robert Langlois announced his passing on Monday, August 1st, 2022, in Maple Ridge, British Columbia, Canada. His immediate family surrounded Yves in his last days, and he passed peacefully.

Yves was born on May 27th, 1952, on the beautiful island of Mauritius, located in the Indian Ocean and off the coast of southeast Africa. The oldest son of proud parents Noëlle and Robert Langlois and loving older brother to Danielle, Eveline, Michel and Vincent. Yves had an idyllic early childhood and grew up with his native language being French. As a young child, he loved snorkeling along the coral reef, enjoying the beauty, and collecting shells. He enjoyed getting together with his many cousins, getting up to mischief and having a lot of fun and laughs. He loved nature and gardening and was especially fond of birds and dogs. When he was 15 years old, his dad passed away, and Yves became the “man of the house,” which was a difficult responsibility he took seriously in a courageous, compassionate, and responsible way.

Yves expanded his love, loyalty, and commitment to his family when his mother immigrated to South Africa with her five children. Yves stepped up to help his mother partially raise his younger siblings. He worked to build up the funds to pay for himself to attend post-secondary education and helped his mother support his family in any way possible.

As a young man and recent immigrant to South Africa, Yves demonstrated that he was a natural leader and athlete, playing rugby and soccer for Zululand Schools, and volleyball for the Springboks in South Africa in the mid-1970s, representing his new country, South Africa. He was also gifted with incredibly creative and artistic talent, which led him to complete his post-secondary education at the Natal Technikon in an art and design program for Interior Design. It was there that he met his wife, Coleen, in 1977. There was an instant connection between two people who shared a passion for the arts and a joy in life, fell madly in love, were inseparable and married on November 28, 1981. They had two wonderful children, Brandon and Candice-May and raised them in a beautiful and very happy home with many cats and dogs at 5 Morewood Crescent in Westville, a suburb of Durban. Yves was a caring and fun-loving dad who Brandon and Candice, as children, would eagerly anticipate arriving home from work and on weekends, and then the fun would begin!

Yves built a very successful career and became a partner in a business called Trust Shopfitters. He went on to start his own business called Yves Langlois Shopfitters, where he employed about 40 people who knew Yves to be genuinely caring, creative, resourceful and a committed leader. Admired by architects, engineers, suppliers and clients, he was well-known as a successful entrepreneur of innovative commercial interior designs and manufacturing in Durban. He delivered superb, high-quality custom designs, winning awards for his achievements and contributions. Yves would often amaze his clients by asking them about their vision for the designs they wanted, and then, while talking with them, would take out a notebook and bring their vision to life in a 3D sketch, giving his clients a fantastic idea of what their finished design would look like.

When Yves was 49 years old, he and Coleen and their children, then teenagers, immigrated to Canada and settled in White Rock, British Columbia. Yves had to break into the Canadian business market as a new immigrant. He went on to own his own business in Canada, again employing about 40 staff and was highly respected by the business community and AWMAC, the Architectural Woodwork Manufacturers Association Canada, B.C. Chapter, serving on their Board of Directors in 2006 and 2007 and contributing papers to improve guidelines for the millwork industry to enhance quality.

Coleen and Yves bought a family home in White Rock, where Brandon and Candice-May became adults and met their partners. Brandon married Michelle in 2012, and their first child Ava was born in 2014. Yves and Coleen became ecstatic grandparents, Grand-Mère and Grand-Père! Their second grandchild, Ryder, was born in 2018. Candice-May married Chris in 2016, and their third grandchild, Jude, arrived in 2020. Yves adored his children and grandchildren, who were a great joy to him. He was a doting Grand-Père who loved having fun and playing games with them. Yves’ children and grandchildren all remember the beautiful Mauritian creole lullaby Yves would sing to them, “Mo passer la Riviere Tanier.”

Yves and Coleen knew each other for over 45 years and had a long and wonderful marriage, celebrating their 40th wedding anniversary in 2021. Their love of the arts and nature was a central theme to their marriage, and this was evident in the artwork and design of their homes and gardens, which they lovedto work on together and how they raised their children. Yves enjoyed people, business, travel, gardening and spending fun and happy times with friends, family and their many furry family members, gaining much comfort from their cats Smudge, Luna and Miya, who he became very close to during his illness.

Yves was diagnosed with early onset Alzheimer’s in 2013, and it became apparent he had been suffering from it before then. He and Coleen connected with the Alzheimer’s Society, British Columbia, Canada and met wonderful and invaluably supportive staff and other people who helped them on their journey with Alzheimer’s.  He lived in his home, supported with loving care by Coleen until his needs became more intensive. In May 2021, due to escalating needs that could no longer be managed at home, Yves moved into Holyrood Manor long-term care home in Maple Ridge, where he was cared for 24/7 by a highly professional and wonderfully caring team there. They were an important part of his life and journey in fighting Alzheimer’s and offering support to his wife and family right to the end. The care team knew Yves at Holyrood as a wonderful kind man and a true gentleman who they nick-named “Mr. Popular” as the other residents loved him so much, jostling for his attention to get a seat next to him at meals and recreational activities. Throughout Yves’ battle with this awful disease, over 12+ years, he remained in good spirits and maintained his good nature. He adored his wife, children and grandchildren and loved his friends and family. He thoroughly enjoyed visits and phone calls and was always up for reminiscing and having a good laugh.

Yves’ family believes that his mom and dad, along with his sister Danielle and brother Michel and

many, many others welcomed our beloved Yves with open arms on the other side, just as his family

here on earth kissed him and said their last goodbyes. Yves was a treasure to all who knew him, dearly

loved by his family, visiting and meeting up on trips to see his siblings and their families. Also dearly loved by his wife’s family: Coleen’s mom June, her siblings Merle, Robyn and Roy; her “chosen sister” (cousin) Linda, Tony (Merle’s husband) and Catherine (Roy’s wife), who deeply understood his struggle and supported him and his wife Coleen in any way they could during the long journey of his disease. He is also very much loved by all his many nieces and nephews, on both his and Coleen’s side of the family.

Yves is remembered as a gracious, courageous, wonderful man with an extraordinary sense of

caring and empathy for others, even when he was struggling and coping with significant challenges. He is loved and respected for his commitment and loyalty to his family and friends. Anyone who met Yves was immediately drawn to him through his warmth, sense of humour and kindness. He is survived by: his loving wife Coleen and children Brandon and Candice-May, his daughter-in-law, Michelle; his son-in-law Chris and his three grandchildren Ava, Ryder, and Jude, his sister Eveline and brother Vincent and extended family in South Africa, Mauritius, United Kingdom, Holland, and Toronto, and close family and friends all around the world. He is gone but will forever be held in our hearts and memories!

Please take a moment to write a message for Yves and sign the book of condolences now or anytime in the future.

In lieu of flowers, to honour our beloved Yves-Robert, donations in his memory can be made to the

Alzheimer’s Society of BC, Canada at https://alzheimer.ca/bc/en/take-action/donate

The tribute above is exactly who Yves was, a wonderful person.
I was lucky to grow up with Yves in Mauritius and with all our numerous cousins.
Shared some wonderful time in South Africa and was lucky to see him in Vancouver when we visited in 2015.
Sending lots of love to you Coleen, Brandon and Michelle,Candice and Chris.
R.I.P. Yves

Yves, I met you after meeting your lovely wife Coleen. Your warmth and welcoming spirit was evident from the start. My daughters and I were privileged to be invited for Christmas dinner in 2008 shortly after we moved to White Rock. We were welcomed and felt part of your family, even as you were also hosting your own family there from South Africa. My daughters met you then for the first time and were amazed and enthralled by you. They said you were so much like their own dad….”only the good part.” They couldn’t have been more right. Your sense of humour was infectious, your kindness always obvious and appreciated, and your stories amazing. We miss you. ❤️

Yves, I met you after meeting your lovely wife Coleen. Your warmth and welcoming spirit was evident from the start. My daughters and I were privileged to be invited for Christmas dinner in 2008 shortly after we moved to White Rock. We were welcomed and felt part of your family, even as you were also hosting your own family there from South Africa. My daughters met you then for the first time and were amazed and enthralled by you. They said you were so much like their own dad….”only the good part.” They couldn’t have been more right. Your sense of humour was infectious, your kindness always obvious and appreciated, and your stories amazing. We miss you. ❤️ 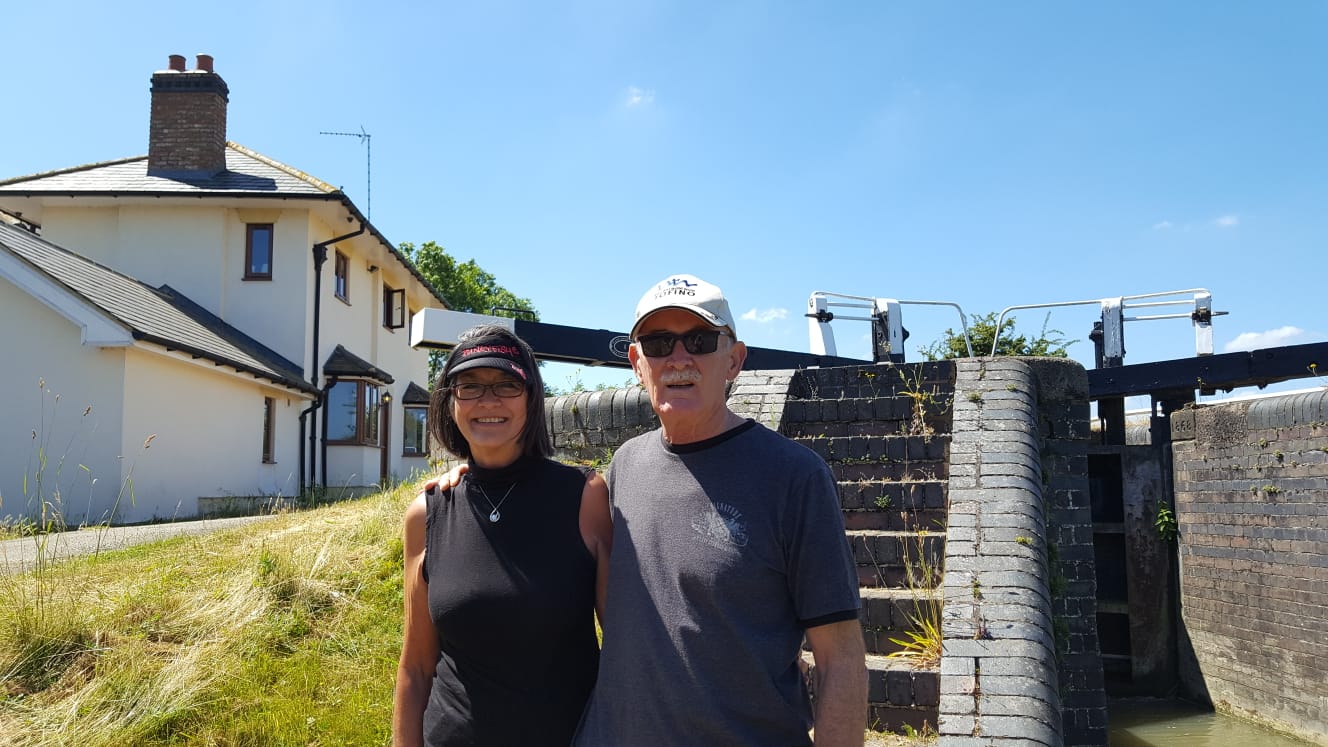 Yves, you will always be my big brother, the little boy I grew up with, the teenager that looked out for Danielle and I and the adult that I respected and loved, I carry you in my heart always.