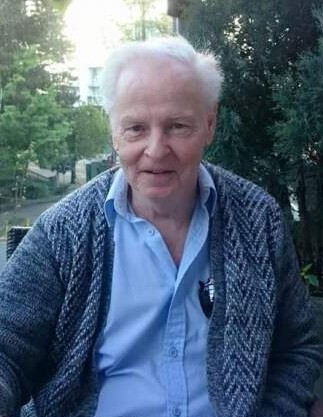 It is with saddened hearts that we announce the passing of our beloved Mark Twain Thompson after a short battle with a Gastro-Intestinal Stromal Tumor.

Mark was born in New Westminster BC on May 30, 1947. He worked in many fields with Geo-surveying for the Department of Highways, and Residential Apartment management with his wife Donna being his main careers through his life.

Mark was a long-time member of both the Independent Order of Odd Fellows and the Rebekah Assembly of British Columbia. Mark had served as the Grand -Master of British Columbia for the IOOF and is remembered fondly by his Fraternal Brothers and Sisters in those Orders.

A service will be planned at a later date for family and friends. In lieu of Flowers to the family, please donate to the BC Cancer Research Foundation.

I am very sorry with the loss of your dear husband,Sister Donna. Word cannot express how very sorry we are for you & your family.
With much love and Best Wishes
IN FL&T JANET NOBLE ⭕️⭕️️️

A Memorial Tree was planted for Mark Thompson
April 22nd, 2022