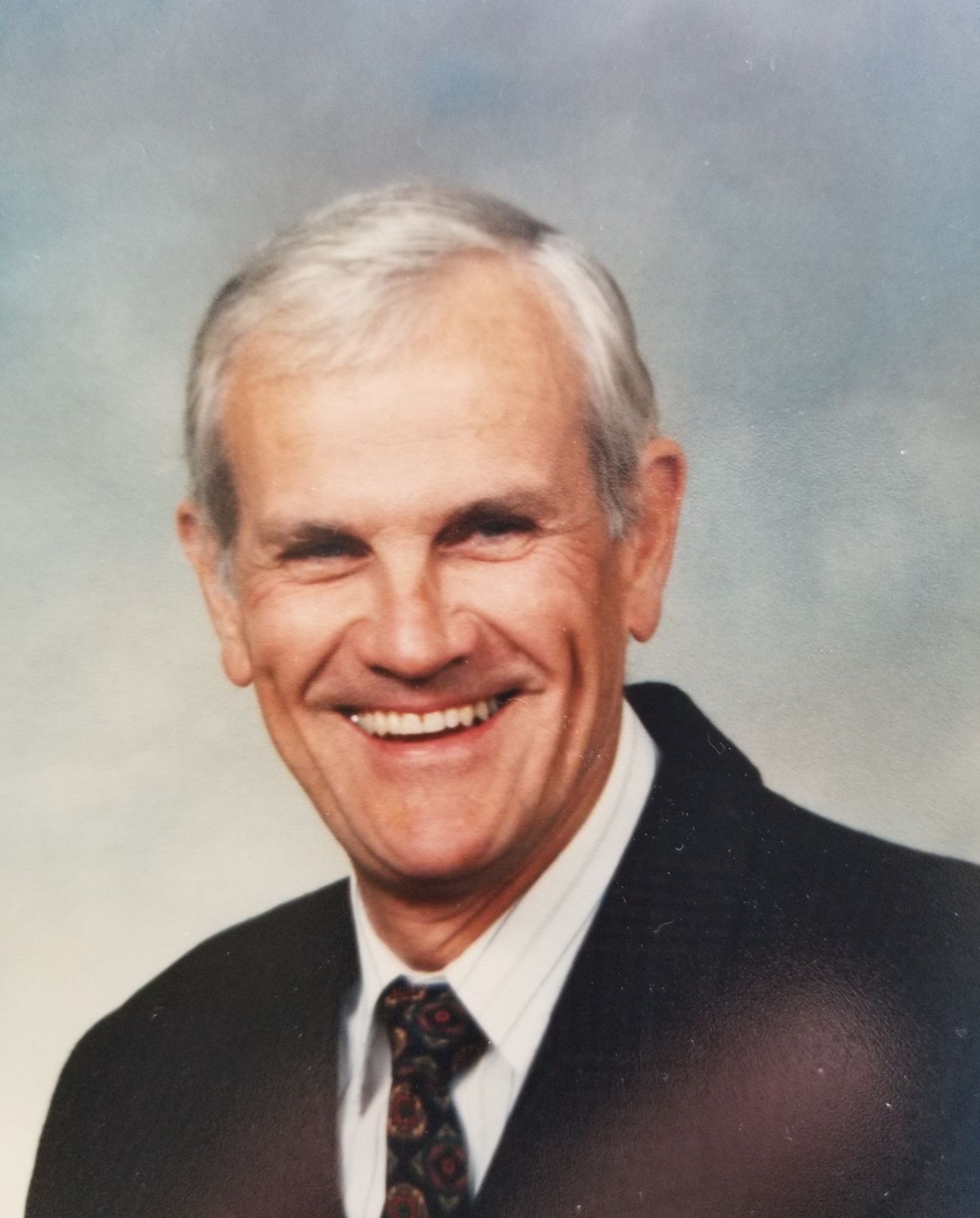 Joseph Garth Baxter passed away peacefully on August 15, 2022 surrounded by his family. He is survived by his loving wife, Betty Ann, his children Robert (Debbie), Janet, Daniel (Marina), and Joslyn (Sam), as well as 13 grandchildren, 12 great grandchildren, and numerous nieces and nephews. He was predeceased by his brothers Gordon (Rita) and Bill (Mary), and his sister Bernice.

Garth was born in Winnipeg, Manitoba on February 16, 1930, to Samuel and Florence Baxter (nee Greene). He was nicknamed Buster by his siblings, but his family never knew why; he was a man of few words and could keep a secret. To us he was Dad or Grandpa, and to his beautiful, vivacious wife Betty Ann, he was always Gar.

Garth was a strong kid, who wasn’t afraid of much. As a young man, when it became clear to him that he needed a part-time job, he decided to walk onto the practice field of the Winnipeg Blue Bombers during tryouts. He went on to play center for them for 5 years (1950-1954), including playing in two Grey Cup games.

On May 15, 1954, he married the love of his life, Betty Ann Amell, with whom he raised 4 children. A dedicated family man with an interest in electronics, Garth found a solid job as a technician with Honeywell and Rimac, but he was always an entrepreneur at heart. In 1965, he made the pivotal decision to start a fire protection business in Vancouver, moving his family (including his mother and mother-in-law) out west to start a new life.

Dad’s career wasn’t without missteps, but he never made the same mistake twice. Betty Ann was a partner in all things, which enabled him to pour himself into his business, often working long hours in the early days when success was elusive. Over the years, he worked to acquire several small businesses, which are now collectively known as Vancouver Fire, Radius Security and National Fire Safety Planners. His business has continued to prosper under the leadership of his children and now his grandchildren, a fact that made him extraordinarily proud.

Outside of work, Dad’s life centered around family, faith, and service. Along with Betty Ann, he was a founding member of Peace Portal Alliance Church, and the two spent many years of their retirement on trips to countries on all 5 continents, including a transformative mission to Gabon with their dear friend Dr. Karen Hendrickson who they have supported over many years. His faith inspired an epic trip to Turkey with extended family, which he carefully planned to follow in the footsteps of the Apostle Paul. Most recently, their travels included a safari in Tanzania with their family, where they were inspired to contribute to the building of the Dashir Medical Centre in Kikwe to serve the surrounding impoverished communities. These are just a few examples of many generous gifts over the years he never made public.

Never one to slow down willingly, Dad fulfilled his dream of becoming a yachtsman when he was 69, learning to captain his own boat, Pacific Hi. Anchored in a storm, while his first mate Betty Ann might be scared “spitless”, he was calm, trusting his skill in setting a good anchor. He loved this chapter in his life.

Dad was a staunch conservative and a Fox News fan (preferably at very high volumes). Garth was a gracious man, with an incredibly loud and contagious laugh, which appears to be genetic if the rest of the family is any indication. He couldn’t remember a joke if his life depended on it, but he loved a great story and was a terrific audience. He enthusiastically played games of any kind, but to everyone’s delight, couldn’t stop himself from being buzzed within seconds in Taboo.

In addition to how fiercely he loved his family and how much he was loved in return, Dad would want you to know this about him: He loved Jesus, he was not afraid to die, and he was thankful for the wonderful years he had on this earth. He awaits the day he will be reunited with his sweetheart, family, and friends.

Dearest Joslyn and family, what a beautiful tribute to your sweet dad. I remember his laugh when we would be over at your house! You definitely will carry that trait on among many other of his qualities. Cherish all the wonderful memories. Sending so much love to your Mum and all the family. Love, Nancy, Mark and the girls xox

Our sincere condolences go to you and all your family Janet.
Thinking of you all and thank you for sharing all the special details of your dad today. I am so glad he is going to be with Jesus.
He would have left very happy knowing that he was loved from you all.
Love Linda and Bill

Our warmest thoughts and prayers are with you Janet and your family.
Love Anne & Roy Clauson

My sincerest condolences to Aunt Betty, Rob, Janet, Dan and Joselyn and family on the passing of Uncle Gar.
A profoundly Godly man, for whom I had great respect and admiration.
Uncle Gar had a wonderful and engaging personality with that infectious and larger than life laugh.
Look forward to seeing you again.
Much Love,
Paul

Saddened to hear of my Uncle Gar’s passing. My Dad, Gordon Baxter was very proud of his younger brother and talked affectionately about how he worked with Gar on snapping the ball in Gar and Aunt Betty’s basement on Harstone Road in Charleswood. Gar was a stand out member of the Winnipeg Rods before joining the Bombers. I fondly remember our family summer vacations in the late 1960’s with Gar, Betty and our cousins in the Okanagon Valley in BC. Gar had an incredibly loud infectious laugh that I will always remember. In later years, I enjoyed my discussions with him to benefit from his experience as a successful businessman. Lois and I had planned to see him when we are in Vancouver at the end of September. Sad that we missed the opportunity. Condolences to Aunt Betty, Rob, Janet, Dan and Joselyn and their families.

I’m so sorry to hear of our Uncle Gar’s passing. I remember so fondly the Baxter families meeting in the Okanagan to camp… such fun we had! Uncle Gar’s laugh was indeed infectious. He was a generous, principled man who welcomed us warmly whenever we had the chance to visit the West Coast. I’m sure he and my Dad will enjoy catching up and discussing the Bombers’ Grey Cup run this year. Sending Auntie Betty, Rob, Janet, Dan and Jocelyn my deepest sympathies on the loss of such a loving man.