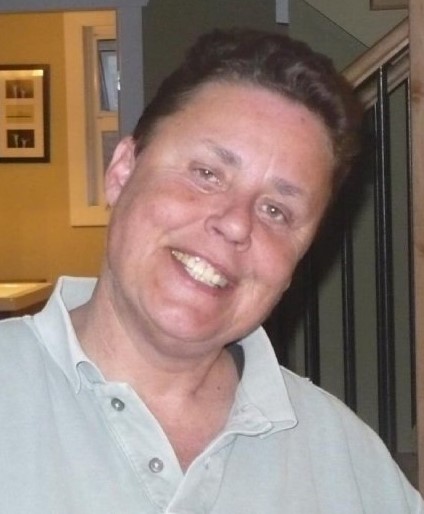 Kris Scott was a loving mother, grandmother, great grandmother, sister and friend. She left our world suddenly on Saturday November 5, 2022 in Surrey, BC at the age of 67.

Kris was born Crystal Louise Hyacinthe to Gladys Irene Owen Hyacinthe (Mother), and Louis Hyacinthe (Father) on June 14, 1955. After graduating from high school, Kris married Donald Scott (divorced), and welcomed her cherished children, Pamela in November 1975, and Ryan in September 1977. Kris had a storied career with the British Columbia Sheriffs Service as a Deputy Sheriff, and as a Transit Operator with Coast Mountain Bus Company of Greater Vancouver. Upon her retirement, Kris continued working as a part-time School Bus Operator.

Kris had many lifelong personal and work friends, and was sought by her peers to serve as a mentor.

Kris was a pioneer of the LGBTQ+ community in the Lower Mainland. In the 1980’s, the gay community was suffering through extreme difficulties, from misunderstandings to outright hostility, and these difficulties affected Kris when she came out as a lesbian. However, as with all of the challenges she faced, Kris approached the transition into the LGBTQ+ community without fear, and with commitment, passion and verve. She was an active participant in many Gay Pride parades and led the charge for acceptance of alternative lifestyles. This had a tremendous impact on the community, her friends, and her family, as Kris created a safe space for individuals to be their true selves.

Kris loved her family deeply, including her chosen family. She especially found joy in spending time with her grandchildren and great grandchildren. She had a special and unique sense of humour, and delighted in making others laugh, whether that was through sharp wit or silly costumes, Kris was absolutely the life of the party and the party was wherever Kris was. Kris also had a deep passion for animals and spent the past eight years with her “fur-panion”, Buddy, one of three treasured pets she had over her adult life.

Please join us for a celebration of life to bid farewell to Kris in the way she would have loved most, over a cold one at the Brownsville Pub in Surrey on Sunday November 27, 2022 at 12:00pm. In lieu of flowers, please make donations to the BCSPCA:

Kris was an amazing person, just like her tribute said she was the life of the party and wherever she was the party was there. Definitely going to miss her smiling face.
Sending condolences to the whole entire Scott family.

May she rest in paradise.

I remember you as one tough cookie, You backed down from no one BUT you really were a softy once you got passed that coconut shell exterior. I remember you scaring I/C,s half to death with your tough as nails attitude then leaving the room and laughing about it. "They won't do that again." You alone could change the entire temperature of the room depending on your mood. Sometimes a good thing sometimes not so good LoL. Your smart ass witt your straight faced jabs you were always fun to be around. Kris I will miss you, your work is done here rest now

Hi everyone I’m Kris’s sister-in-law, was married to her brother Tom who has also passed Kris and I always remained friends through all the family drama. We had a very long chat a few weeks ago about life and family and final life wishes.
She wished she would be able to go to sleep and just go to sleep. Finally she got a wish in her life that she didn’t have to fight for Going to miss our chats Look down on us once in awhile
Hugs to you all.

So sorry for the families loss. Although Kris and I just reconnected earlier this year, she was a great cousin and kept me under her wing when we were younger. She will be missed by many!