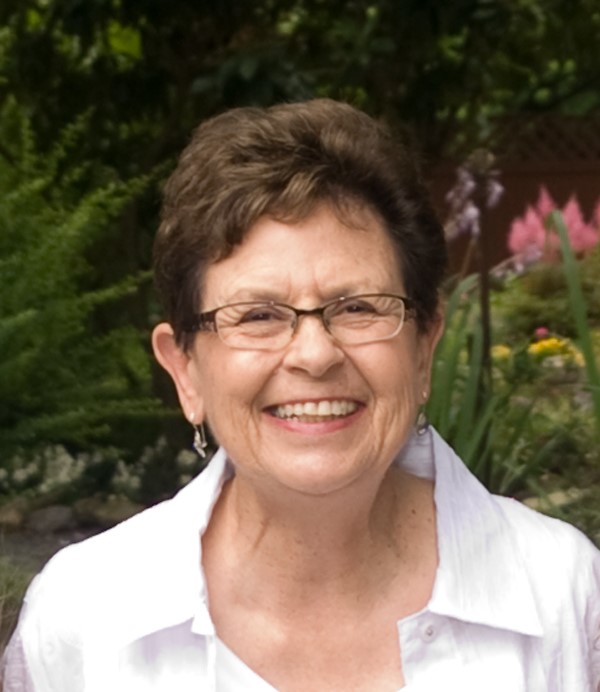 It is with great sadness that we announce the passing of Shirley Lecker at age of 85 at McKenney Creek Hospice in Maple Ridge, BC.

Shirley will be missed dearly by her partner, John Falkenholt, her children, Mark (Lynn) and Hallie (Martin), and her grandchildren Tori, Mason, and Eliza, to whom she was their adoring “Granny”.

Shirley was born in Montreal to Moe and Florence Fishman. As a pioneer in Physiotherapy, she was among the first batch of graduates from a new Physiotherapy Program at McGill University in 1956 and worked with the rehabilitation of those affected during the last polio epidemic.  She married her ex-husband, the late Alan Lecker, in 1956 and together they started a family in the Montreal suburb of Chomedy in the mid 1960s. In 1970, the family made a bold move to the West Coast and settled in North Vancouver, where Shirley quickly became engaged in the community as a volunteer music teacher at her children’s elementary school, a founding member of Har El Synagogue, an active member of the BC Physiotherapy Association, among many other things.

While on the North Shore, she started a physiotherapy practice.  She was instrumental in developing the curriculum for multiple rehab programs in BC and her specialization in neurology led to her being invited to lecture in China for several months in 1993.

In the mid 2000s, Shirley relocated to Maple Ridge, to be closer to Hallie and Tori, who had moved there a couple of years prior. Shirley was a very involved mom and “granny”, attending all her children’s and grandchildren’s events to the fullest extent possible. She often wondered how she was still the first aid attendant for the BC gymnastics association years after her daughter’s competitive career was over!

Shirley’s love of music permeated almost every activity. Her children have great memories of Sing-alongs around the campfire and many poems and songs were written for special friends and special events. Kindermusic instruments line her house, along with instruments of many types. And yes, not only could she play them all, but you would get to, as well… no matter what your musical background.  Whether accompanying a hootnanny on her melodica around the campfire, leading a warm-up rap at music camp, or bowing her cello in a local orchestra, her joy of music was contagious. And it was through music that she met John, a kind and caring tuba player, who became her senior year’s life partner. They were clearly bonded in spirit, and John became, and always will be, a beloved member of our family.

Everyone was always welcome at Shirley’s. You could show up at the door unannounced with 10 friends and they would all be invited to stay for dinner. Shirley was a wizard with the microwave and always had a variety of interesting food to pull out and share.

Shirley’s generosity was unequaled. Whether sharing the food from her plate (and tasting yours in return, of course!), or lending out anything she owned, she was always happy to help out if she could. And she probably had at least one of what you needed (most likely several!), in various sizes and colours. She was notoriously indecisive, would often buy several of an item so that she could take them all home to decide on the most suitable, then “at some point in the future” return the unwanted ones.

Shirley had a full and meaningful life.  She embraced learning and enjoyed traveling and meeting new people.  When most people think about taking life easy, Shirley opted to learn to play the cello when she was 60 years old and obtained her Masters degree in music education from Thompson Rivers University at the age of 80.

Shirley liked to travel and loved the outdoors.  In addition to teaching in China and trips with friends to Hawaii, California and more, Shirley practiced physio in Bella Bella, sailed the coast of Vancouver Island, kayaked in Haida Gwaii, canoed the Bowron Lakes, and cycled around the Netherlands.  All this was after the age of 50!

We would like to thank the amazing staff at McKenney Creek Hospice in Maple Ridge, where Shirley spent the last five months of her life. Their expertise and loving care were very much appreciated during this challenging time.

A celebration of Shirley’s life will be planned at a later date.  In honour of her great love of music, her connection to the Peretz Centre, her support of the National Council of Jewish Women and her meaningful Physio career, please consider a donation, in lieu of flowers, to any of the following:

And if your donation is a multiple of 18 (Chai), we are sure it would put a smile on Shirley’s face.

Sad to hear of the passing of Shirley Lecker! Shirley was such a passionate, caring, enthusiastic Physiotherapist. She cared deeply for her profession and she wanted to help all those she came into contact with! She was an out of the box thinker and went to all lengths to help her clients. It is sad that she has passed but I am so pleased to have met her and to have some of her enthusiasm rub off on me. Thank you Shirley for all your work over the years.

Shirley, you were an amazing woman who has been a role model and inspiration to so many. I feel so privileged to have known you, and to have learned and benefitted from your incredible dedication to the profession, your sense of fun, your love of learning and most of all from your support and encouragement for me on a personal level. You will be sorely missed - especially at our wine tastings! - and whenever I have salmon pate I will be thinking of you for sure! Thank you for being you and for all you brought to this world.