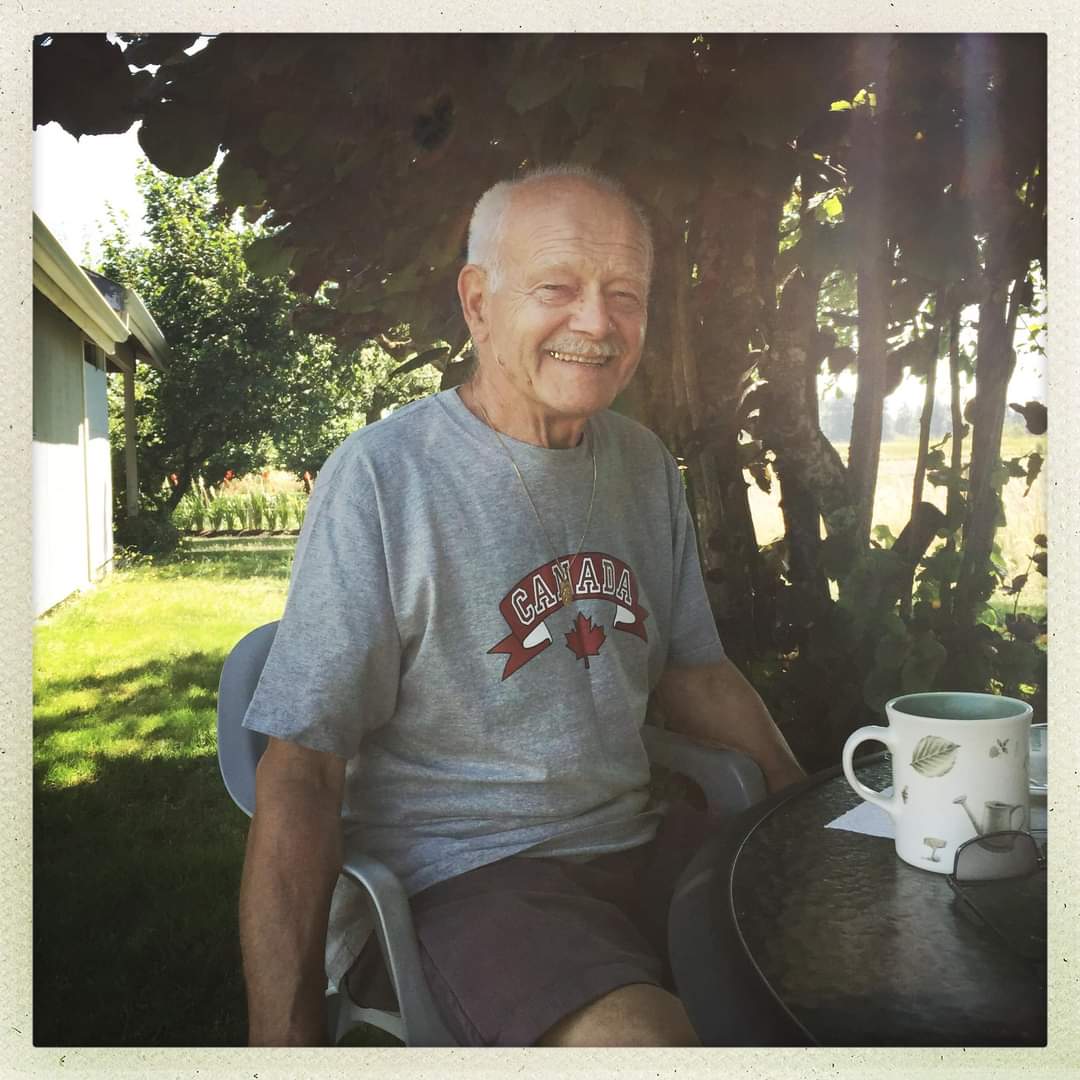 With heavy hearts we announce the passing of a great husband, dad, and opa. Ed passed away peacefully at Maple Ridge Hospital with his daughter by his side.

Ed is survived by his loving wife of 58 years Erika, daughter Rosie and son Robert. Grandchildren Ryan (Jenna) and Ashley.

Also a great deal of family in Germany and extended family in Ontario and California.

Ed was born in Ullersdorf, Germany. At the age of 16 he started his apprentiship to become a blacksmith. After completing his apprentiship, he worked till 1960, when he decided to immigrate to Canada and settled in Kitchener, Ontario.

In 1963 Ed and Erika married, had two children, and in 1971 headed west and settled in Pitt Meadows.

In 1975 Ed purchased Haney Blacksmith Shop and fulfilled his dream of owning his own business. He was known for his amazing workmanship, skill, hard work ethic, and being a fair businessman.

In 1989 he sold the shop and built a new shop on his property in Pitt Meadows where he continued to work till he was 75.

His kids will always have great memories of long road trip vacations and being fortunate to have visited family in Germany twice.

Ed and Erika traveled together to various destinations and enjoyed their time together.

His Grandchildren will always have special memories of their Opa.

Ed will be known for his immaculate gardening, story telling, sense of humor, love of food, and if you happen to stop by for a visit there was always the offer of a Jagermeister.

He will be greatly missed and forever in our hearts.

He lived life the way he wanted to.

There will be no service at Ed's request. The family asks that in lieu of flowers, and if you feel inclined to do so, a donation to be made to Ridge Meadows Hospital or the B.C. Cancer Agency.