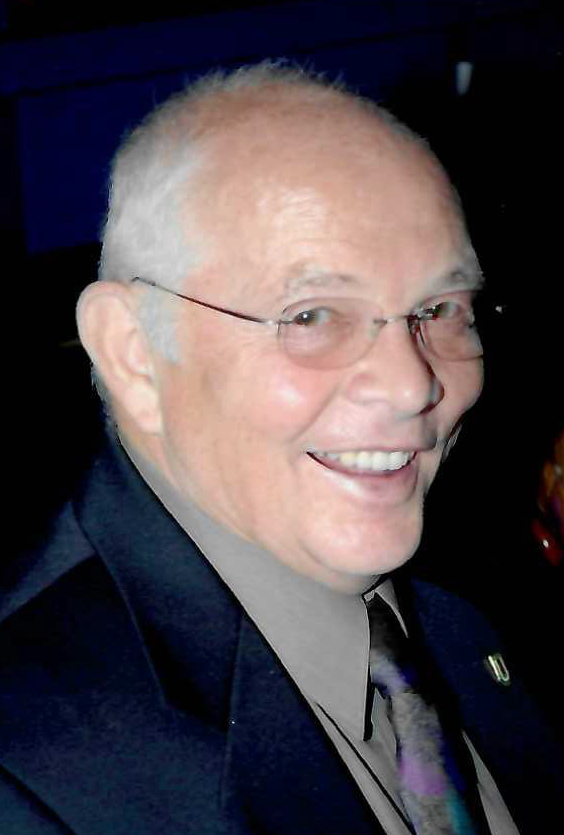 Elroy Alfred Ulmer, son of Ludwig & Elfrieda Ulmer (nee Schweitzer) was born on the family farm approximately 5 miles out of Neudorf, Sask on January 1, 1943. He was baptized on January 10, 1943.

Elroy’s parents moved to Neudorf when he was very young, he started school there, but his parents wintered in Vancouver, BC so Elroy attended school, both in Saskatchewan and BC.  He was confirmed at Hope Lutheran Church in Port Coquitlam, BC, on April 14, 1957.

He worked at Lowenberg’s garage in Neudorf, Sask and Harmel’s Shell Service in Vancouver, BC as well as helping his father with grain farming.

On August 31, 1963, he married Beverley Gabel of Yorkton, Sask in Bethany Evangelical Brethren Church in Melville, Sask. The couple lived in Vancouver for the first few months and then moved back to Saskatchewan, where they were blessed with their daughter Terri on June 13, 1964 and remained in Neudorf for the next 4 years. During this time Elroy worked with his father-in-law, and on his own in the land clearing business. In 1968 the family moved back to BC where Elroy worked in a cedar mill for a short time and then ran his own power washing business for a few years. He spent his last working years with the BC Government and the City of Coquitlam in various positions. His favourite jobs were running backhoe and the snowploughs. He retired in 2002 and was able to enjoy more of what he loved to do best which was traveling, cruising, boating, fishing, and doing bike trips with family and friends. Elroy’s proudest achievement was building an old McCormick tractor from parts of two old tractors, with his nephew George Garbe.

Elroy was hardworking, a good provider for his family and never had trouble getting a job or keeping it.  He was well liked by family, friends, and co-workers.

Elroy passed away November 12, 2022, at the age of 79. He was predeceased by his parents, Ludwig & Elfrieda Ulmer, his sister Norine and husband Frank Issel, brother George and wife Ione Ulmer, brother Paul Ulmer, sister Elsie and husband Herb Litzenberger. He leaves to mourn his passing a loving wife Beverley, daughter Terri, mother-in-law Irene Gabel of Yorkton, Sask, brother-in-law Ronald and wife Doreen Gabel of Yorkton, Sask, sister-in-law Bernice Ulmer of Pitt Meadows, BC and sister-in-law Faye Ulmer of Abbotsford, BC as well as several nieces and nephews and their children.

Bev and Terri would like to thank everyone for their support and prayers through these trying times, as well as the for the care he received at both Hawthorne Care Home and Eagle Ridge Hospital.

God be with you till we meet again.

A Service will be held at Hope Luther Church, 3151 York St. Port Coquitlam on Saturday, November 19, 2022, at 2pm. Lunch to follow. In lieu of flowers, donations can be made to Hope Lutheran Church, in memory of Elroy.

To watch a live stream of Elroy's service, please use the link below.

There will also be a service at Bailey’s Funeral Home in Melville, Saskatchewan on Saturday, November 26, 2022, at 1:30pm.

His photograph clearly shows the mischief that could be going on behind those eyes. Memories include him being an active child who could put fear in my mother’s heart, wondering what was going on with those thundering sounds coming from upstairs in my parents’ home. Many years later, who can ever forget the wedding crasher dressed in a trench coat flashing the bride, or Elroy sneaking up behind an unsuspecting person giving them the famous Ulmer clip on the ear. At the same time he was loyal, loving, caring and helpful to everyone in his sphere. His was a large personality, and as my father said of him,’ He was a good man.’ Rest In Peace Elroy, and special thanks for all the help and advice during those mountain biking days.

Remembering Elroy always brings on a laugh or giggle, resulting from his days as a wedding crasher, teasing the uncles, brothers or cousins and anyone else caught in his sight! As life has gotten in the way, I have not seen Elroy since 2018, when he was still quite well and would still deliver a biting tease.
I regret I will not be able to make any of the services but will visit his site when I visit Herm and the folks.
Condolences to Bev, Trri and the family