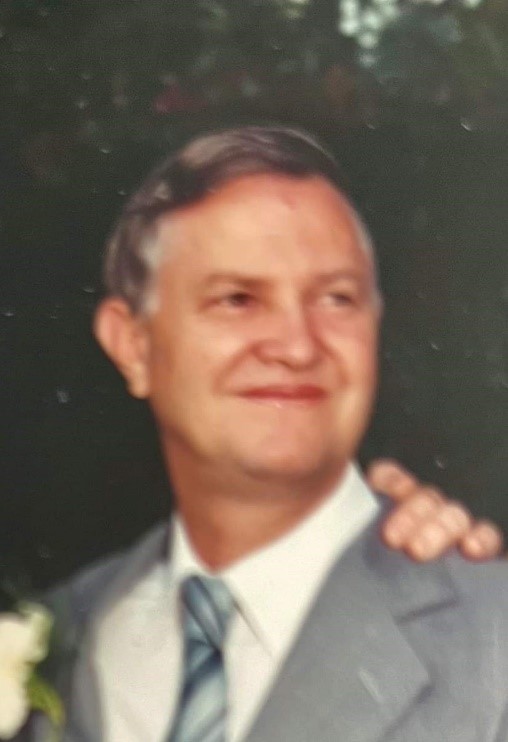 Colin Dennis Brett passed away peacefully at home on July 12, 2022.

He was born December 9, 1934, in Durban, South Africa. His four siblings, Peter, Gillian, Patricia and Denise preceded him in death.  He spent his childhood in government boarding schools, having lost his father at the age of 6. He loved swimming, scuba diving, sailing, playing field hockey, fishing, bee keeping, and had his pilot’s license. He married his best friend and sweetheart, Kitty Mackenzie, on December 7, 1957. They belonged to the same field hockey club. He started out in the telecommunication field in South Africa, transitioning to computers after immigrating to Canada with his family in 1981.

He built up a family computer business along with his wife, Kitty, and son, Ian. It was a true family business, employing at various times all their other children and various in-laws, along with other employees.

Colin has battled heart disease for 3 decades. Our thanks to his doctors at Four oaks Medical (in particular Dr Dalzell) and the Fraser Health Care team, that allowed his death to be both at home and peaceful.

He is survived by his wife, Kitty (of Langley, BC), and his children: Ian and wife Ina (of Vancouver, BC), Alan (of Langley, BC), Rosemary and husband Tom (of Tampa, Florida) and Colin and partner Victoria (of Harrison Hot Springs, BC), and his grandchildren: David, Amalia, Jonathan (predeceased), Jordan, Benjamin, Alec (& Sarah), Jonas, Logan and Carissa.

He was a loving husband, father and grandfather, and will be sadly missed. We are rejoicing in the knowledge that he is with his Heavenly Father, and we will be reunited with him one day.

We remember your visits to our church in Florida. You are known for the love you have shown your family. Thank you for raising one of the most beautiful people we have ever met… Rosemary. I know she misses you but her heart is at peace knowing that you are with the Lord Jesus. Praying for your family.

We remember your visits to our church in Florida. You are known for the love you have shown your family. Thank you for raising one of the most beautiful people we have ever met… Rosemary. I know she misses you but her heart is at peace knowing that you are with the Lord Jesus. Praying for your family.

He was such a kind, generous and lovely gentleman. He can say hi to someone who cared for him like an uncle . Sympathy and love to those left behind.

Colin will be dearly missed at our bi-monthly luncheons that he and Kitty have attended with such enthusiasm and generous spirits . Go in peace dear, Colin. Thank you for your help and participation in Brookswood Senior Citizens Centre.
Sincerely
Bonnie Hartup
President o Brookswood Seniors

Dear uncle Colin,
We will remember your kindness and generosity especially when we made the trip to see you in 2009.
As children we have happy memories of family times at Annerley. Then the adventures at Bellair where we played hide and seek in all the extra rooms, and of course the bunnies in Shongweni.
Fly high with the angels as you are reunited with your family in heaven.
Love Liz, Tracey-Lou, Johno, Kate and Zoey